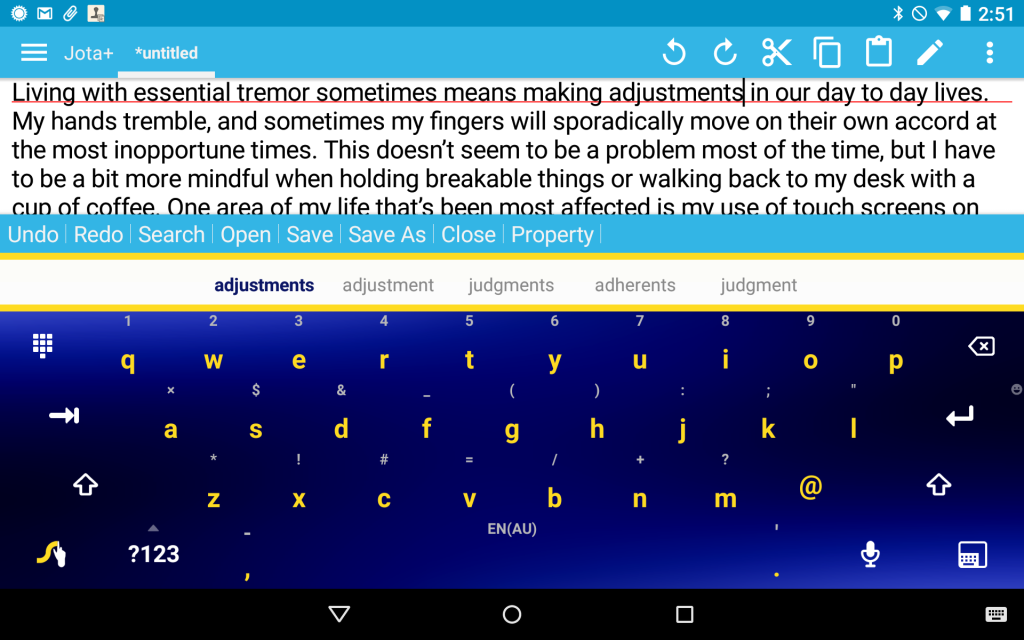 Living with Essential Tremor sometimes means making adjustments in our day to day lives. My hands tremble, and sometimes my fingers will sporadically move on their own accord at the most inopportune times. This doesn’t seem to be a problem most of the time, but I have to be a bit more mindful when holding breakable things or walking back to my desk with a cup of coffee. One area of my life that’s been most affected is my use of touch screens on my phone or tablet, especially when writing.

I have problems with the delete key and I also have problems with hitting the wrong keys so that makes for a bad combination. Making mistakes and then making more mistakes trying to fix that is really really frustrating.  I’ve found two solutions that use the same keyboard app. The first is using Swype for general writing and if that’s not going well, it has Dragon Dictation built in so I can just speak what I want to say.  Using Swype to draw words on the keyboard avoids hitting the wrong key. The delete key is on the top row, so there’s less chance of my finger twitching at just the wrong moment and hitting the key above it. There’s still the possibility of hitting the Enter key which happens to me often in other keyboards. However, in the one app where this problem was most annoying (Hangouts), the Swype keyboard has a combo key with Emoticons for the default and Enter is a long press. So the likelihood of accidentally sending my comment while in the middle of editing a typo is greatly reduced. 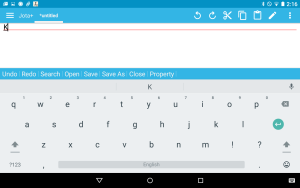 Over the last week, I’ve experimented with using Google keyboard, Swiftkey (both the regular and beta versions), Thumb Keyboard, and Swype. Until recently I’d been using the Swiftkey beta exclusively, and my tremors have become worse over the time that I’ve used it. I really have no issue with the beta version of Swiftkey other than my fingers don’t seem to cooperate with it and isn’t the fault of the app. 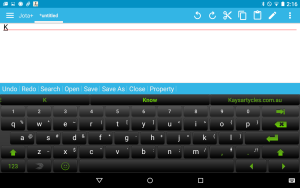 My goal has been to find alternatives that make writing on my phone or tablet easier and less prone to errors. The plan: find a keyboard, plus a voice to text method (or app) that could understand and interpret my speech correctly most of the time. Bonus points for any apps that let me easily correct errors when my spoken word was misunderstood. Even better would be if it learned from my corrections. All of the keyboard apps have built in voice to text features. Voice recognition has always been hit or miss for me because I grew up in America but live in Australia now. I write using Australian English but still have an American accent.

Most of the keyboards use the Google speech engine, but with subtle differences. Swiftkey performed better than its beta version. Both were set to use both English (USA) and English (Australia) languages.

Thumb keyboard was easier to use for typing and offered more word predictions on the screen. It’s voice to text options included the ability to have continuous voice recognition or not. The”continuous” option was pretty much the same as the Google and Swiftkey keyboards. The problem with this was if it misunderstood a word or phrase, the corrections offered were never what I wanted and I had to backtrack to the keyboard to fix the errors. The other choice for Thumb keyboard would return me to the keyboard at the first pause in my speech. This would be okay if it had a dedicated microphone button, but like the Swiftkey versions to get to the microphone button involves a long press. Not very convenient for someone whose fingers twitch. 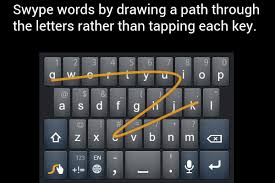 Swype has a nicely laid out keyboard and really good predictive text. You can type by either sliding from letter to letter as you spell the word (‘swyping’), or tap the letter keys and select words from the prediction bar. The delete key is well placed to keep me out of trouble. It deletes whole words if you were using the swype/sliding method for writing which has saved me time and effort.  It deletes a character at a time if you were tapping letters to enter text; also convenient as it adjusts predicted words as you type or delete.  Last, Swype uses Dragon Dictation for speech to text and this actually understands most of my speech whether I’m taking fast or slow. I’ve been able to make corrections from the voice screen because it offers suggestions that make sense. Usually. Returning to the keyboard is a keypress away and there’s a dedicated microphone key. It seems to cover all the bases and I’m able to get on with using my touch devices without struggling.

To be fair, both Google and Swiftkey boards also offer ‘Swype-like’ writing but each calls it something different. However, Swype resolved more issues for me.  Google keyboard has a dedicated microphone key, but I really dislike its keyboard and predictive text.

I’m trying to stay one step ahead of my essential tremor. My experiments should future proof my use of the phone and tablets for a few years to come.  Do you have a tremor?  Maybe this can help you use your phone or tablets, too. Using the right tool for the job makes all the difference.

Not the best of days…

A Date with my Hubby