A Pinch of Salt, and then some 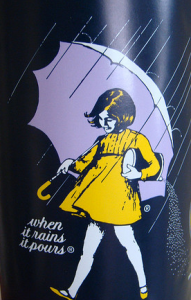 G’day. It’s probably time I sit down and write about the events of the last few weeks.

As many of you are aware, I had gallbladder surgery on 19 October and came home the very next day. It was a very straight-forward easy surgery with no complications. About the only odd thing was that I woke up during the night after the surgery and half my face was quite swollen and I had a sudden severe headache. The nurse noted my comments and agreed I looked swollen and that was about it. She gave me some pain pills and a cold damp cloth for my headache, and both worked well.  By morning my face was normal and my headache gone. The only other thing was being a bit sick before I went home. They gave me an anti-nausea shot and all was well.

I went home, took it easy and didn’t do too much until the weekend when I hung around in our home office updating my computer’s operating system. I’d looked forward to having some ‘down time’ to be able to do this and it went well except for a headache that slowly developed into something that made me head for bed on Monday. I spent the rest of the week taking it even easier than I had the week before but nothing would shift the headache. Saturday morning I started the day vomiting and it wouldn’t stop. As I have ambulance insurance I asked Rod to call for one and they took me to the emergency at Flinders. I spent a couple of days in the investigations area while they tried to figure out what was wrong with me and then they moved me to the Stroke / Neurological ward as a neurological patient. I had been on a drip the first couple of days and this was removed and my fluids were restricted as they found that my body had been depleted of salt – which they first thought was because of being on the drip. This may have had an influence but the thing is, and I was able to show them, my labs before the gallbladder surgery showed my sodium level as being low then. Apparently it was at that point much lower.

The first day I was limited to 1 litre of water for the whole 24 hours and the next day I was allowed a litre and a half. The headache eased considerably. The lab results on Wednesday came back much improved (but still low) and as I was feeling better, they let me go home but was to return to see my GP next week (which is now this week) to have my electrolytes tested again. From the time I came home from the hospital until now I’ve been keeping that headache at bay by keeping a close eye on what and how much I drink and by having salty food on an ‘as needed’ basis. I can tell when the sodium level drops by my headache and the odd way it makes my muscles feel. It’s not a cramp but certainly an oddity. For the liquids I’ve been trying hard to not drink stuff that doesn’t have some sodium content in it – which pretty much means limiting plain water and coffee as well. Instead I’m drinking Pepsi Max, sports and electrolyte drinks. All of which have sodium in them. This has worked to keep the headache at bay but my sodium levels in my blood aren’t changing much. It’s all too transient. I eat salty stuff and it just washes out of my system in a matter of a few hours.

This is all very much in contrast to what should be normal. I’ve never been one to go for a lot of salty foods (aside from craving the same at the beginning of every winter for some reason). I think we generally get enough sodium in the foods we eat without needing to add table salt. Also, with osteo-arthritis salt tends to make my joints swell and ache. At the moment the extra salt isn’t in my system long enough to bother my joints. This is good. I’ll get back to that in a bit.

I saw my GP on Tuesday. She ordered the electrolyte test and had me make an appointment for Thursday (today) to follow up on the results. She also told me make sure I take it very easy as she saw I was pretty wobbly.

The results were just about exactly the same as what I was in the hospital. I’m anaemic and have both hyponatraemia and hypochloridaemia. The last two usually show up together.  One is low in sodium and the other is low in chloride. Why? We don’t know.  One of the things it could be is the “inappropriate secretion of the antidiuretic hormone (SIADH)” which could be from the Fenac (like Voltaren but prescription strength) anti-inflammatory I take for arthritis. To find out, my GP wants me to stop taking the medication for two weeks and then see if it has a result on my electrolyte lab results.

So that’s where I’m at. Juggling liquids and salt intake and now going without anti-inflammatory meds to see if it’s a SIADH hormone issue. Meanwhile I’m still feeling a bit punky. I wake up ready for a brand new day and generally hold my own ok, but if I do anything extra (trips to GP, a bit of grocery shopping, etc) I tend to be done in for the rest of the day.  I’m taking iron tablets and the GP gave me a referral to see a gastro doctor to have an endoscopy and colonoscopy to rule out any issues with internal bleeding. She told me this is just a precaution and I realise that from the last time I was anaemic a few years ago. I won’t even get in to see that specialist until the end of January and if I’m doing well can decide not to bother with the testing. I think I’ll cross my fingers on that one.

So now you’re all caught up on the whole saga. Not fun, but at least none of this as serious as I was afraid it was when I was having the headache and vomiting. I really thought it was something like an aneurysm or some other brain thing. It crossed my mind whether this was ‘it’ or not more than once that weekend. I was retching for about 72 hours straight and the mind plays tricks when you’re that sick. I hope never to experience anything like that again. It was horrendous.

Hmm, hate to leave it on that note!  I am feeling better but it’s taking a bit to get back to ‘normal’ again.  My tummy is much happier with me since the gallbladder surgery and I’ve had no real issues with that side of things, which is good.  If you’re still reading, thanks so much for listening!

07Feb22 A New Years postcard from my youngest - "I mailed that a month ago!" Hey, I'm just happy it arrived! This is their artwork and they are most happiest hiking in the mountains. I love the colours on this! #2022pad #NewYear22 #latergram

28Jan22 Finally a good combo for playing my favourite 16grid sudoku game. I have played this particular app on my original iPod Touch and my iPhone 4. I had better eyes then, but also that app allows you to zoom in so you can see one the grids clearly which helps. The iPad version doesn't have this feature sadly. However, between a pair of reading glasses or now with my new magnifying glass, I can get back to playing again. I'm no whizz kid at this game - it can take weeks to ...