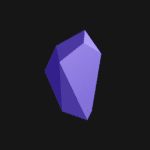 I’m fairly new to using Obsidian but over the last few weeks have become very comfortable with using Tasks in my Daily Notes to get some of my important tasks done and jot notes for the day along the way.

Before I began this endeavour though, I watched a couple videos that helped explain how to make use of Dataview and use it for a variety of purposes including tasks. These were both made by Nicole van der Hoeven and highly recommended as a starting point:

How to use the Obsidian Dataview plugin

You’ll need Tasks , Dataview, Templates, and Daily Notes plugins installed and set up. I also suggest Calendar would be another great addition.

As Nicole shows in the video, Templates makes it so you don’t have to set up the same things over and over for each of your Daily Notes. It just appears there for you each day ready to either nag the heck out of you or make your day run smoother – or both!

My two main items I use for Tasks in my Daily Notes are two Dataview commands to see what’s overdue and what’s due today, and another one for Tasks I’ve done today. Seeing my finished tasks helps me see I’ve not been slacking, which gives me a bit of a morale boost.

For what’s due today, I’ve whittled it down to:

The three backticks (this character is with the tilde key on the upper-left of your keyboard), followed by the word ‘tasks’. Then each line tells Dataview what to show and how to show it. I want to see anything ‘not done’ and anything that’s ‘due today’ but I have it expressed as ‘due before tomorrow’ to accomodate for any items that have a time attached to it. Otherwise it may not show me if I have a 6pm appointment later in the day. Computers. They’re so damn literal!

The command to show what I’ve done today is even shorter. It tells Dataview to use Tasks but just show anything ‘done today’. The ‘short mode’ command shows icons for information such as whether the task repeats, the date due, if it’s done, etc. It makes the lines for each task a little bit shorter.

When I sit down at my computer and open Obsidian, I try to have two panes open. On one side is my current Daily Note showing in ‘presentation mode’ so I can see my tasks clearly, and the other pane has the same note, but in writing mode. I list three main tasks I’d like to get done during the day, create any new tasks, and take notes below the task lists. 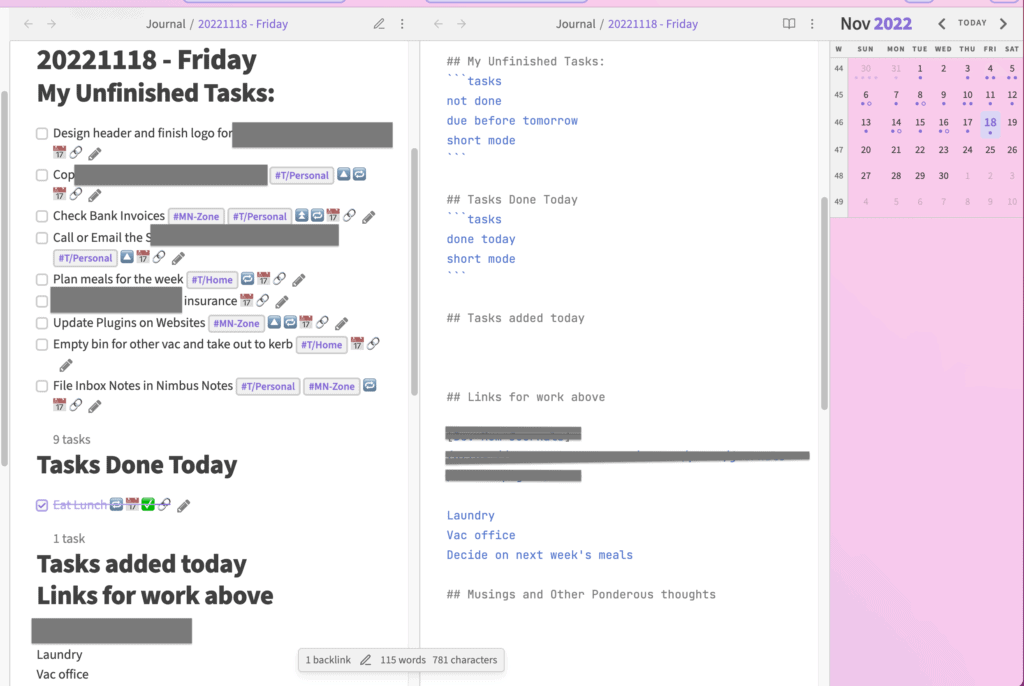 The one place where my task lists fall over is when reviewing daily notes, as Dataview will show tasks relating to the current day rather than the day the note was created. I’m sure there’s some good scripting voodoo that would fix this (some if / then type of statement in the Daily Note template come to mind), but for right now this minute, this is what is working for me.

The above link(s) is/are affiliate link(s) and allow me to earn a small percentage of any sales without any cost to you.